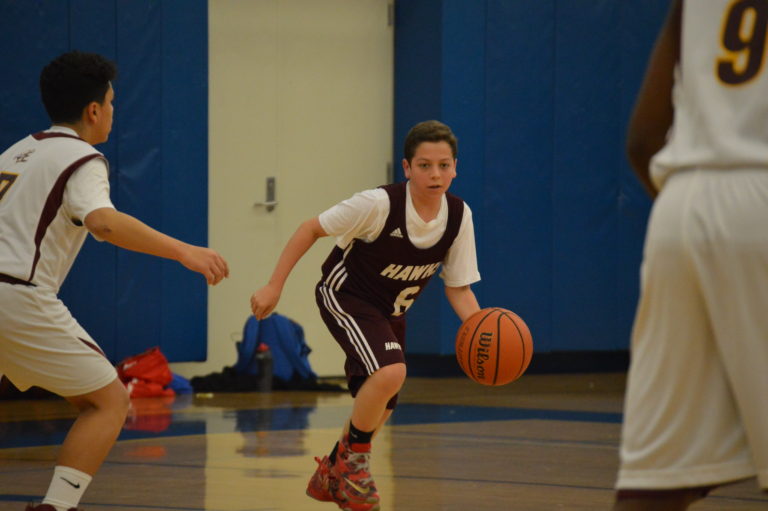 I am a Freshman in High School.  I love sports.  Whether it’s designing my own player for NBA2K, traveling to Florida for spring training to root for my team, or participating in the draft for fantasy football, sports impact me every day.  I play on my high school volleyball  and baseball teams. I play extracurricular basketball.

I spend seven weeks at sleep away camp in the Adirondacks.  I look forward to Thanksgiving so I can play in the annual Turkey bowl football game with my friends and I pray for snow days so we can play some more touch football.

I also happen to have Crohn’s disease, an autoimmune disease of the intestinal tract.  And even though it affects 1.6 million people, I kind of felt alone when I was diagnosed.

I was 11 ½ when my pediatrician noticed that I was tired and not growing.  I had a tough year; abdominal pain, an anaphylactic reaction to my Crohn’s medication, changing doctors, switching medications, and missing most of camp this past summer. But something great happened during the summer of 2016.  I was inspired.  I watched as a college athlete with Crohn’s disease won two medals at the Olympics for swimming, and then thanked her doctors and nurses who got her into competitive form despite her chronic illness.  I then searched the internet for athletes with Crohn’s disease. I found this USA Today article where Larry Nance Jr. shared his story.

He was diagnosed at age 16 when he was tired and not growing.  He also loves sports, plays NBA2K and fantasy football.  He also met his potential and is an NBA player.  But Larry also manages to find time to listen to other kids with Crohn’s and colitis, talking to them during his four hour infusion of medication every seven weeks. I wrote him on social media, and to make a much longer story a bit shorter, he responded to me.  That one phone call and Larry Nance Jr. have changed my life.

I want to reach my potential, whether that’s spending this summer away from home at camp in the Adirondacks, or playing baseball for my high school team (I’m too short to play high school basketball thanks to my 5’8” father!).  Larry has mentioned how he wants to do more for kids with Crohn’s.  That’s when I came up with the idea for Athletes vs. Crohn’s & Colitis.  Our mission is to raise awareness of Crohn’s and colitis in the adolescent population and help children to realize their athletic potential despite being diagnosed with a chronic illness.  We hope to connect young people afflicted with Crohn’s and colitis to athletes who have overcome similar challenges and who will mentor and inspire them to succeed.