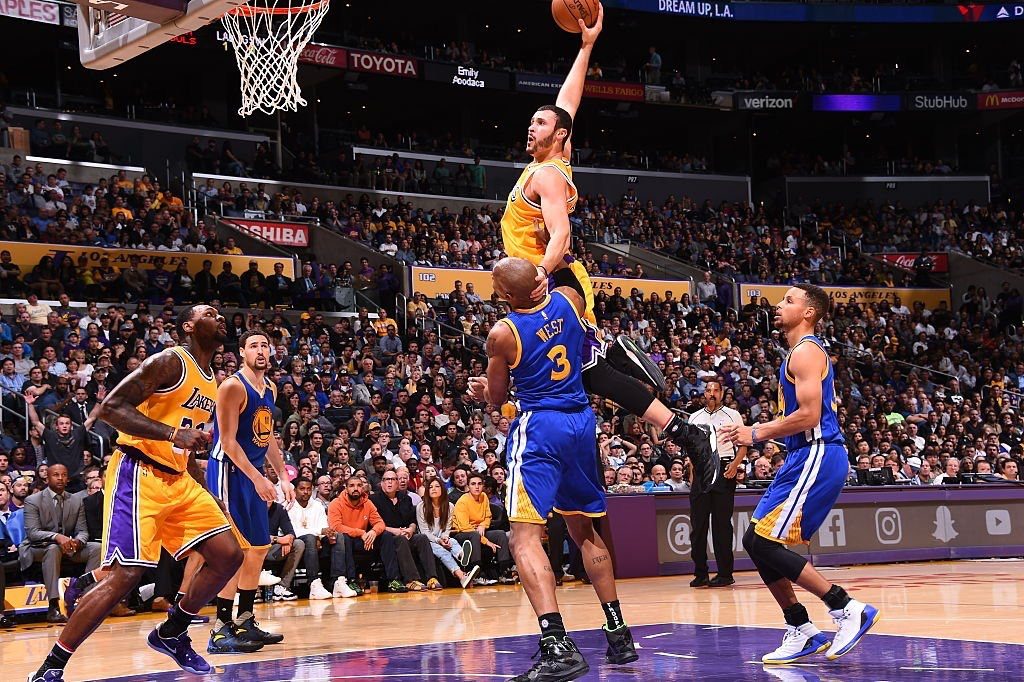 Larry Nance, Jr. is the starting center on the Cleveland Cavaliers. After starting as a power forward for the Los Angeles Lakers, he returned to Cleveland wearing the same number as his dad, Cavs legend Larry Nance Sr.

Nance was the 27th overall pick in the 2015 NBA draft by the Lakers. In his two years in the NBA as a Laker, Nance played 123 games and scored 768 points.

Nance was recruited to play college basketball for the University of Wyoming. He led the 2014-2015 Wyoming Cowboys to their first NCAA Tournament appearance since 2002, earning him recognition as one of the best big men in the Mountain West Conference.

After years of exhibiting symptoms, Nance was diagnosed with Crohn’s disease at 16. Once he began treatment for his disease, Nance blossomed into the powerful athlete that he is today. He holds a bachelor’s degree in criminal justice. Nance enjoys spending time with his fiancé, Hailey, and dogs Reggie and Kyle, watching soccer, and playing video games.

“While nobody wants to hear that they have a chronic illness, I did feel a sense of relief when I was diagnosed with Crohn’s, because I finally had some answers and could start treatment that would make me feel normal.”

Noah Weber found Larry while searching the internet for athletes with Crohn’s disease. CLICK HERE to read the USA Today article that gave Noah the inspiration to contact Larry.

CLICK HERE to watch NBA’s Beyond the Paint, Larry Nance, Jr’s Infusion of Hope and see Larry’s rise to the NBA after being diagnosed with Crohn’s

CLICK HERE to read the press release from when Larry partners with Athletes Brand on a T-shirt to raise money and awareness for Athletes vs. Crohn’s & Colitis.

“Whatever your goals are, whatever your passion is, you follow it. You let your mind lead and let your body follow. Don’t let Crohn’s hold you back.” – Larry Nance, Jr.